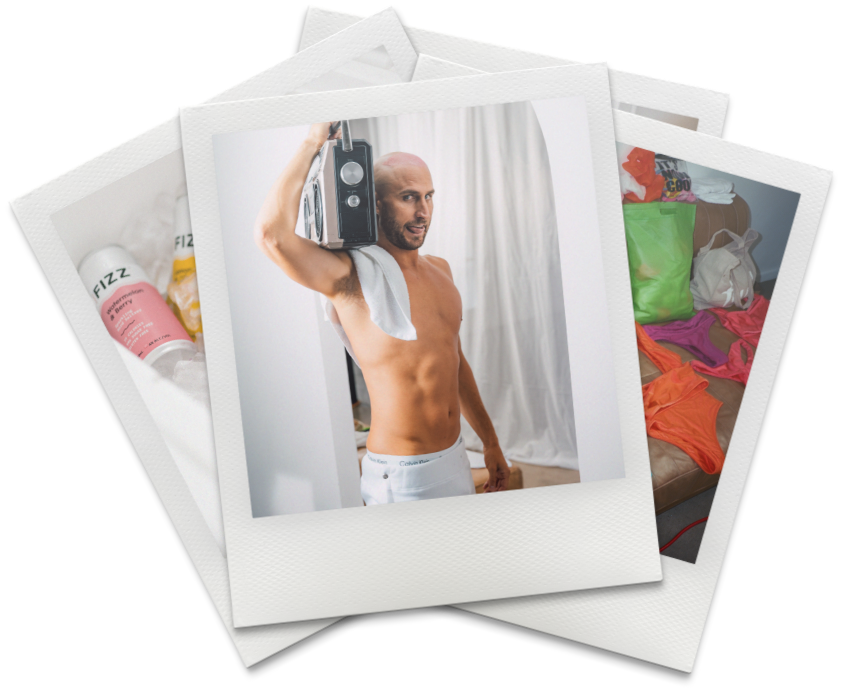 And let’s call a spade a f*cking spade, his new film clip for JUST FEELS TIGHT is so fruity, the Goddess of Lycra herself, Olivia Newton-John, has been on the FIZZ phone wanting a taste of what’s in Paul’s ice bucket.

Set in what can only be described as the world’s spiciest aerobics studio, the FISH only needs a sip of his favourite watermelon and berry flavour FIZZ to get the blood pumping, and when he strips down to his tighty whities, that’s a dangerous situation to find himself in.

But we digress, the FISH shows it’s not just the leotards that can stretch to the max and by the end, there’s a lot that’s about to explode like a well shaken can of you f*cken betcha… FIZZ!!!

(In fact, spoiler alert - there is a clean up in aisle three and most of it is FIZZ).

Don't forget… FISHER Giveaway for a chance to win!